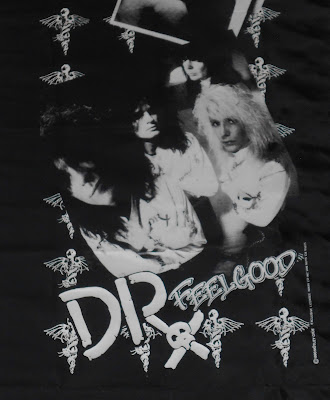 If you don’t go to Motley Crue’s last show in Saskatoon, you will be sorry.
On Thursday night at 7 p.m. at the SaskTel Centre, these rock legends bring their farewell “All Bad Things Must Come to an End” tour to “the Bridge City” playing their various iconic songs like “Kickstart My Heart,” “Girls, Girls, Girls,” and “Dr. Feelgood.”
They are one of the top if not the top act to come out of the 1980s. Early in the band’s career, these “Saints of Los Angeles” talked about living fast and dying young. In an ironic twist, they have become one of the acts that has stood the test of time playing on for almost three-and-a-half decades.
The names of Nikki Sixx, Mick Mars, Vince Neil and Tommy Lee roll off the lips with ease. They should be in the Rock and Roll Hall of Fame, but to their fans they will always be Hall of Famers.
During the Crue’s run, they have gone their separate ways for short spurts but always get back together.
How many bands have passed through history and still managed to keep their core group together over a span of 34 years?
Motley Crue might be the only group.
They are the bad boys of rock, but they seem to have that just right amount of bad that you still like them, because they still come off as good guys.
If they mess up, you treat it like, “Oh, that was awful boys, but just don’t do that again.”
Over time, you have seen the band members grow and evolve. Through their ups and downs, they have come across as genuine and human, and that has made them even more enduring. When this band has gotten back together after one of their short breakups, they are greeted with a joyful, celebration type response from the fans during the first few tour dates.
From the response, the Crue can tell the fans are happy to see them together again, and then the kicks into high gear.
When you go to a Motley Crue show at any time, you are going for the party. People head to a Motley Crue concert looking for a good time.
Often, it feels like the guys in the crowd are hoping to hook up with the many hot women they see. To the dismay of the guys, the hot women seem to still fancy Tommy Lee.
On the music front, you will have the rare gem of a chance to hear the band’s glue guy in Mick Mars do his thing. Still to this day, Mars likely doesn’t get the accolades he should as one of the planet’s best guitarists.
On the health front, he has struggled with ankylosing spondylitis, which is a chronic, inflammatory form of arthritis that mainly affects the spine and pelvis. The condition has increasing impaired his movement, but not his ability to play the guitar.
Those that saw Mars play in the band’s last stop in Saskatoon in 2013 saw something special that night. The old guy still had it.
Motley Crue’s first tour was with one of their idols in Ozzie Osbourne. Their final tour is fittingly with another rock icon that they looked up to in Alice Cooper.
“All Bad Things Must come to an end,” and this is a chance to see rock history.
At night’s end, you will admit Motley Crue was great, and they still kicked ass.


If you have any comments to pass along about this post, feel free to email them to stankssports@gmail.com.
Posted by Darren Steinke at 22:24