Agar more than just a power running back for Riot

It might sound cliché, but Carmen Agar of the Regina Riot is like the Energizer Bunny, because she just keeps going and going.
The 24-year-old power tailback is in her sixth season running mainly in between the tackles for the Riot. In churning out yards in a cloud of dust, Agar absorbs a large share of hits, but she isn’t showing any signs of slowing down.
She is consistent too. Whenever the Riot hit a rut moving the ball offensively, they give the ball to #23 and the team always seems to get going again.
While her ability to run over the opposition is her calling card, Agar is actually a very complete running back. That was seen in the Western Women’s Canadian Football League Prairie Conference championship game on Sunday, when the host Riot downed the defending WWCFL champion Saskatoon Valkyries 34-24 in the last competitive tackle football game ever played at Taylor Field.
Agar carried the ball 13 times for 111 yards and scored two touchdowns along the ground. She also caught four passes for 50 yards to lead the Riot in both of those categories.
What sometimes can get lost is the fact Agar can take off in the open field, and she has excellent hands catching passes out of the backfield. If the Riot ever needed it, Agar could have the type of game where she gets over 100 yards rushing and receiving in the same game.
On top of her abilities to gain yards, Agar can block as well and allow Riot star quarterback Aimee Kowalski to get the ball out to a group of talented receivers.
Agar played a key role in helping the Riot return to the WWCFL title game for the second time in three years. Regina claimed the WWCFL title in 2015 defeating the Edmonton Storm 53-6 in Winnipeg.
The Riot, who are 5-1 overall, face the Calgary Rage, who are 4-0 overall, on Saturday at 8:30 p.m. in this year’s WWCFL title game at Saskatoon Minor Football Field in Saskatoon. The Valkyries, who are 4-2 overall, take on the Edmonton Storm, who are 2-3 overall, in a consolation final at 5:15 p.m. on Saturday at SMF Field.
In Sunday’s win over the Valkyries, Agar helped get momentum back on the Riot’s side, when her team needed it the most. After Regina took a 21-3 lead early in the third quarter, Saskatoon stormed back with 13 straight points to cut the host’s edge to 21-16 going into the fourth quarter.
Early in the fourth quarter, Riot linebacker Artemis Kouropoulou blocked a punt from Valkyries receiver/kicker Carly Dyck near midfield.
Agar went to work churning out yards on the ground and scoring her second major of the game to put the hosts up 28-16. Momentum was back on the Regina’s side, and that surge helped push the Riot to victory.
On the field, Agar looks to be in the best physical shape she has ever been in, and the 2017 campaign has the potential to be a very memorable one. Besides the chance to help the Riot win a second WWCFL title, Agar will play for Canada at the International Federation of American Football Women’s World Championship, which runs June 24 to 30 in Langley, B.C., with eight of her Riot teammates.
Aimee Kowalski, her sister Alex Kowalski, Kouropoulou, Adrienne Zuck, Ashley Viklund, Katie Hungle, Claire Dore and Emilie Belanger will all be on the Canadian team.
Riot head coach Olivier Eddie will be the special teams coordinator and receivers coach for the national team.
Last year, Agar had a strong showing on the national stage at Football Canada’s in augural Senior Women’s National Championship tournament, which was held in Regina. In the event’s championship game, Agar piled up 137 yards rushing on 20 carries and scored a touchdown to help Team Saskatchewan down Team Quebec 34-22.
It wouldn’t be a surprise to see Agar turn heads on the international stage later this month.
Agar keeps on going and keeps getting better. There is no telling how good she may get.

Hey, a sizable minority of Roughriders fans exist that have an “us against the world” attitude when it comes to following the team if you say anything against the team. To me it is all fun and good.
There are a number of fans that identify with what Pedersen writes, and I enjoy what he writes. It is all part of the game.
There are a lot of times when any type of bad comments or press are good business. I know a lot of bosses at big mainstream media companies usually direct employees to ignore individuals that have exited from the mainstream to keep those individuals out of sight and out of mind. That includes individuals that are members of sports Hall of Fames.
Pedersen’s brief post sent a few readers my way even if my name wasn’t mentioned, so I thank him for that. Plus, it allowed me to have fun writing this part of my post.
If you want to see my post regarding familiarity of cheering on the Roughriders, you can do so by clicking here.
If you want to see the part in Pedersen’s post about what I wrote, it is point “number nine” and you find it by clicking here.

Saskatoon Blades prospect goaltender Nolan Maier will get a chance to ingrain himself on Hockey Canada’s radar.
The 16-year-old product from Yorkton, Sask., will be one of 30 netminders that will take part on Hockey Canada’s 12th annual Program of Excellence goaltending camp. The camp starts Friday and runs through to Sunday in Calgary.
Maier, who stands 5-foot-11 and weighs 160 pounds, will be one of 16 goalies looking to earn a spot at Canada’s national under-17 development camp later on this summer.
The Blades selected Maier in the second round and 25th overall in the 2016 WHL Bantam Draft. As a 15-year-old rookie in the Saskatchewan Midget AAA Hockey League, he had a strong campaign with the Yorkton Rawtec Maulers posting a 13-9 record, a 2.72 goals against average and a .920 save percentage.
Maier represented Team Saskatchewan at the Western Canada Under-16 Challenge Cup in October of 2016. 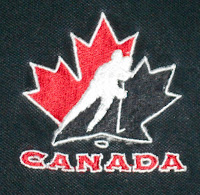 If Maier can keep improving, he could help the Blades potentially set up one of those more welcome situations for the coming season in goal at the major junior level, where you have an older starting goalie paired with a young apprentice goalie. That would mean pairing Maier with overage netminder Logan Flodell, who named to a WHL Eastern Conference second team all-star last season.
With that noted, there is always the potential for things to happen between now and when training camp begins typically in the second half of August.
There are a few goaltenders with WHL experience at the Hockey Canada Camp. Carl Stankowski of the Seattle Thunderbirds is one of seven netminders there at the under-18 level. Carter Hart of the Everett Silvertips, Ian Scott of the Prince Albert Raiders and Stuart Skinner of the Lethbridge Hurricanes are part of the group of seven netminders that are at the under-19 level.
Hart was a member of Canada’s world junior team last season. Hart played in the gold medal game at the last world juniors on Jan. 5 in Montreal, where Canada fell 5-4 after a tiebreaking shootout to the United States.


If you have more comments you would like to pass along about this post, feel free to email them to stankssports@gmail.com.
Posted by Darren Steinke at 08:58