PRINCE ALBERT, Sask. – Dante Hannoun is still amazed every time he watches the video of what will be his legendary overtime goal for the Prince Albert Raiders.

The Delta, B.C., product scored what will go down as the signature goal in the history of the Art Hauser Centre. On May 13, the overage centre netted the overtime winner in Game 7 of the WHL final to give the Raiders a 3-2 victory over the Vancouver Giants and the WHL championship.
Hannoun converted a beauty pass from linemate Noah Gregor into a backdoor tap from the right side of the Vancouver net with 1:35 remaining in overtime. The goal sent the sellout crowd of 3,289 spectators at the 2,580 facility into delirium.
After the goal was scored, Hannoun made a wild energetic sprint across the ice before all his teammates piled on top of him. The Raiders then raised the Ed Chynoweth Cup as league champions before their adoring fans.
In every moment, Hannoun works as hard as possible to stay humble almost to a fault. When he watches his OT winner, he is still awestruck.
“I get goosebumps every time honestly,” said Hannoun, who stands 5-foot-6 and weighs 160 pounds. “It is pretty cool to rewatch it.
“It was a cool moment.”
Hannoun is still grasping how big that goal was for the history of the Raiders and for Prince Albert and area. He said his billet mom, Teena Mudry, is still over the moon about that moment.
Mudry and her husband, Brandon, have been a Raiders billet family for a number of years. She has been a passionate follower of the team for decades.
Hannoun joined the Raiders on Jan. 3 in a trade with the Victoria Royals. Before suiting up for the Raiders, the standout overage centre spent four-and-a-half seasons with the Royals.
After being with one team for his entire WHL career to that point in time, Hannoun appreciated the welcome he received in the Mudry household along with billet brother in defenceman Loeden Schaufler. Schaufler was acquired by the Raiders in a trade with the Seattle Thunderbirds on Jan. 10.
“They (the Mudry family) are really supportive,” said Hannoun, who had 29 goals and 38 assists in 56 regular season games with both the Royals and Raiders in 2018-19. “They do a lot for us.
“I’m just grateful that they took me in. I’m just happy to be a part of their family.”
Hannoun knows he is one of just two players in the history of the WHL to score an overtime winner in Game 7 of the WHL final. The other was Brennan Bosch, who was a star centre with the Medicine Hat Tigers from 2005 to 2009.
Bosch scored his winner in double overtime before a sellout crowd of 4,006 spectators at The Arena in Medicine Hat against the Giants on May 14, 2007. That was a game that was remembered for the fog that lifted on to the ice in the extra sessions.
To this day in the Hat, Bosch returns to that community as a hero.
Hannoun will likely enjoy the same status forever in Prince Albert, and he said he is still processing what that is like.
“Obviously, it is something pretty special,” said Hannoun, who has 108 goals and 171 assists in 314 career regular season games with the Royals and Raiders. “You dream about it as a kid growing up.
“Whenever you think about plays like that, it is pretty special. It is probably one of my greatest plays or anything that ever happened to my career. It is something pretty special.”
If Hannoun needed further reinforcement about how big his goal was, Raiders captain Brayden Pachal said he is always going to cherish that memory.
“It will be forever,” said Pachal. “We’re going to remember that and remember the championship.”
Raiders head coach Marc Habscheid said championship teams are bonded forever because of what the team was able to accomplish. The Raiders finished first in the WHL’s regular season standings with a 54-10-2-2 record and were rated second in the final CHL Top 10 rankings.
The fact the 2018-19 Raiders achieved a WHL championship on Hannoun’s Game 7 overtime winner makes the bond unique and special.
“There is saying,” said Habscheid. “It says, “You win today and tomorrow you walk together forever.”
“These guys will walk together forever. They’re champions. They’re one of two teams in Raider history that has won a Western Hockey League championship.
“It is something to be proud of, and they can be known for the rest of their lives as champions. That is a bond that they will keep forever.”
Hannoun said his overtime winner that gave the Raiders the WHL title will be the biggest memory he takes away from the season.
While the Raiders went 0-3 at the Memorial Cup tournament playing for the CHL title, Hannoun said sting is lessened when looking at the overall big picture.
“Obviously, that is not a great feeling, but we did something pretty special this year,” said Hannoun, who has exhausted his WHL eligibility. “You can’t be disappointed about it.”
As he goes forward in life, Hannoun is happy to know he will share a link with his Raiders teammates forever because of the WHL championship win. He believes the club will have a few reunions in the future.
“Obviously, it is pretty cool,” said Hannoun. “You look back at it, and it is a team win.
“You’re never going to forget about it. Every guy on the team is pretty close. We have a tight group, and it is going to be something special down the road.” 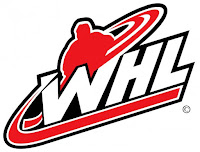 Gregg Drinnan, who is the dean when to comes to covering the WHL circuit, put together an all encompassing post that delved into the Memorial Cup and the struggles of the WHL championship team there in his Taking Note blog.
Overall, the WHL champion team has lost its last 13 straight games at the Memorial Cup tournament.
The last time a WHL champion posted a win at the Memorial Cup came back on May 29, 2015, when the Kelowna Rockets hammered the host Remparts 9-3 in Quebec City, Quebec, in a semifinal contest.
Drinnan posted thoughts from a number of people about the losing skid by the WHL champ at that event.
He also went into interesting commentary regarding the final round robin game at this year’s Memorial Cup in Halifax, N.S., where the host Mooseheads fell 4-3 to the QMJHL champion Rouyn-Noranda Huskies.
The result caused a tie in the standings between the Mooseheads, Huskies and OHL champion Guelph Storm at 2-1. After the tiebreakers shook out, the Mooseheads received a bye into Sunday’s final, which created a scene that saw the celebrating after losing on Wednesday night.
The Storm and Huskies will face each other in Friday’s semifinal contest.
The post is definitely one you have to check out, and it can be found right here.