PRINCE ALBERT, Sask. – If the Prince Albert Raiders had any doubts about how special their season was, those doubts were erased upon arriving home at the Art Hauser Centre.

It was a defeat that felt like victory for the Halifax Mooseheads.
On Wednesday in the final round robin game of the Memorial Cup tournament, the host Mooseheads fell 4-3 to the QMJHL champion Rouyn-Noranda Huskies before 10,004 spectators at the Scotiabank Centre in Halifax, N.S., but the Mooseheads still advanced to Sunday’s title game.
Wednesday’s contest was tied 3-3 until left-winger Jakub Lauko netted the winner with 54.5 seconds remaining in the third period for the Huskies.
The result left the Mooseheads, Huskies and OHL champion Guelph Storm all deadlock in the standings with 2-1 records in the four-team tourney. The WHL champion Prince Albert Raiders were eliminated from the playoff round finishing 0-3 in round robin play.
A goals for and against mathematical formula involving the three teams tied in the standings placed the Mooseheads and Storm ahead of the Huskies. The Mooseheads were subsequently awarded first place when their head-to-head victory over the Storm was taken into account. 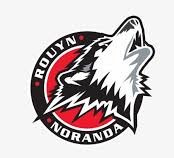 The Storm placed second ahead of the Huskies, and those two clubs will face each other in Friday’s semifinal game.
In Wednesday’s clash between the Mooseheads and the Huskies, the Huskies took a 2-0 lead after the first period. The Mooseheads scored the only three goals in the second period to go ahead 3-2.
The Huskies responded with two goals in the third including Lauko’s winner.
Felix Bibeau, Joel Teasdale and William Rouleau had singles for the Huskies. Benoit-Olivier Groulx, Arnaud Durandeau and Antoine Morand replied with singles for the Mooseheads.
Samuel Harvey stopped 24 shots to pick up the win in goal for the Huskies. Alexis Gravel turned away 36 shots to take the setback in goal for the Mooseheads.
The Huskies and Mooseheads faced each other in the best-of-seven QMJHL final, where the Huskies captured the series in six games.

Darren Steinke
Darren Steinke is a former sportswriter with the Medicine Hat News, Prince Albert Daily Herald, and the Carillon, which is the student newspaper at the University of Regina. He also had a short stint as a general news reporter for the Saskatoon StarPhoenix. Steinke is best known for covering the WHL for 21 seasons, which included a decade following the Medicine Hat Tigers. In Regina, he is best remember for ties to the University of Regina athletics program. In the summer of 2014, he decided to move to Saskatoon to be closer to family. Opinions on this blog are his own. He plans to write ongoing entries regarding his thoughts on sports. Entries will also include ongoing experiences away from sports, because there is so much more to enjoy in life. If you like the content on the Stanks' Sermon blog, feel free to donate to the cause by clicking on the Paypal button in the top right corner of the blog. Steinke is also a freelancer writer and photographer for hire and can be contacted at stankssports@gmail.com.